The 2011 Census of India was the fifteenth Census of India since the year 1872. An interesting aspect of the 2011 Census was that for the first time since India’s independence, the absolute increase in surveyed population was found to be more in urban areas than in rural areas [1]. The Level of Urbanisation in India, which is also regarded as an index of economic development [2], increased from 27.81% in 2001 to 31.16% in the 2011 Census. Census of India 2011 revealed that there are a total of 7,935 towns in the country.

It is interesting to note that the number of towns has increased by 2,774 since the last Census (of 2011). What is even more interesting to note is the fact that out of the total 7,936 towns, 6,166 are part of the urban frame of the country by being clustered together as urban agglomerations of variable sizes [3]. Only 1,770 towns in India are independent of any urban clustering [3]. The total number of towns/ cities in India with population above 1,00,000 (One Lakh or 0.1 million) is 468. These are also known as Class I Cities/ Towns. The top ten most populated among these have been illustrated in Fig. 1 below. 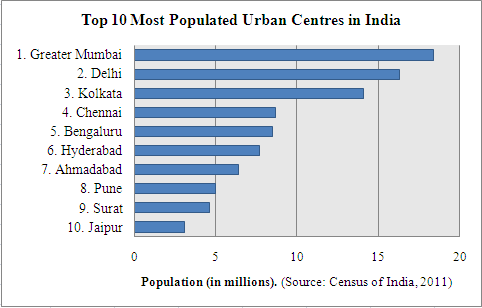 Figure 1. Top ten most populated urban centres in India.
It needs to be noted here that Jaipur, in Fig. 1 above, is a municipal town/ city while the rest of the urban centres are categorized as Urban Agglomerations (UA) by the Census of India (2011). Further, it needs to be noted that out of the total 468 Class I Cities/ Towns, there are 53 Towns/ Cities which have a total population of 1 million or above (Table 1). Any urban renewal mission or scheme should therefore first focus on these 53 urban centres, most of which are presently facing the challenges of urban growth and development.

Table 1. List of Cities/ UA in India with population greater than 1 million. (Source: Census of India, 2011)

The top three most populated urban agglomerations (UA) in India, viz. Greater Mumbai, Delhi and Kolkata, far exceed in population than the rest of the UAs in India. These three urban centres have therefore been given the title of Mega Cities. The three mega cities of Mumbai, Delhi and Kolkata are facing considerable urban sustainability challenges which are unique to the respective mega city. It can be said with some certainty that ensuring urban renewal in the above mentioned 53 UAa will help check the ongoing large-scale migration of people to the three mega cities. 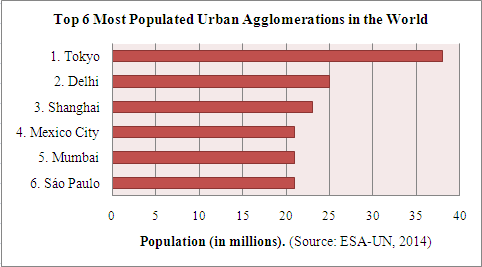 Figure 2. Top six most populated urban agglomerations in the world.
The continent of Asia seems to be the focus region in the ongoing Urban Era and India is certainly witnessing rapid urban growth and development. There is a great need to manage this urban growth in a sustainable manner while a simultaneous need exists for optimizing urban ecosystems. Our cities need to be productive, smart and climate resilient and our urban policy needs to focus on inclusive growth. Urban centers in India will continue to grow at least till the middle of this century and our policies will determine if we concentrate growth in a few urban centers or create smart, livable cities in all parts of India. The latter seems to be the blueprint of sustainable urban development.

One thought on “Urbanisation Trend and Pattern in India: Census 2011 and Beyond”