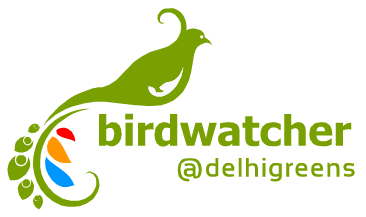 This project is aimed at promoting bird watching among the citizens of Delhi. A major barrier identified during encouraging bird watching is the inability of citizens to identify the different bird species. Consequently, the latter becomes an obstacle and in order to overcome this obstacle, the project has worked to develop a web-based application for identifying birds of Delhi.

The Web-based application has been designed in such a manne that it can be accessed by anyone with a smart phone. The application will help citizens in rapid identification of birds by typing in a few keywords. Once fully developed, the web-app will go a long way in promoting bird watching in Delhi and help create considerable interest towards birds and their conservation in the people of Delhi. The project aims at exploring other Information Communication Technology (ICT) tools as well for biodiversity conservation.

Delhi was known to have more than 450 different species of birds as recent as 2005. In over a decade’s time period, the urban growth of Delhi has led to a decline in the diversity of birds in the city. The sparrow population in Delhi has been restricted to certain pockets and the degradation and extinction of wetlands in Delhi has led to a consequent declined in water birds. The protection and conservation of birds is therefore the need of the hour. Such conservation can only take place by involving and engaging the people who are the stakeholder of the natural resources of Delhi city. This is the motivation and backdrop of this project.

This Research Project was initiated as a student project at Cluster Innovation Centre, University of Delhi by the students Aayushi Anand, Taniya and Swapandeep Kaur under the mentorship of Dr. Govind Singh.

The Web-based Application can be accessed at the following URL:
http://birdwatcher.delhigreens.com

Urbanisation Trend and Pattern in India: Census 2011 and Beyond