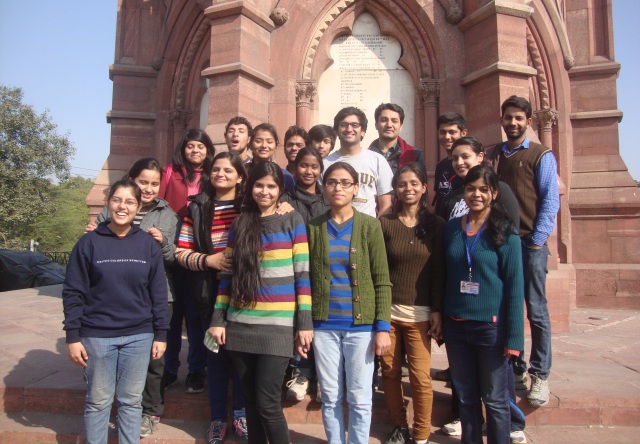 An expedition to the North Delhi (Kamala Nehru) Ridge was made by the students of Cluster Innovation Centre (CIC) on 26 December 2013. The expedition also included students from the University and was led by Dr. Govind Singh. The expedition was also part of the Semester Long Live project of the students Geetika, Nissar and Navneet who are working to develop an inventory of all the wetlands in Delhi.

At the same time, the expedition formed a part of the field study by Ishani Gupta for her internship project on the economic evaluation of the North Delhi Ridge. The expedition was the first of its kind, as part of the recently launched Eco Club (Vasundhara) of the Cluster Innovation Centre, DU.

The Delhi Ridge, the extension of the Aravalli Ranges into Delhi, is the lifeline of Delhi since it plays the very important role of purifying the heavily polluted urban air. The Ridge is haven for urban biodiversity and provides many other ecosystem services such as ground water recharge. The continuous Ridge was broken into four zones post-independence, to accommodate the increasing population of Delhi.

The North Delhi (Kamala Nehru) Ridge is the smallest of these zones and lies adjacent to the North campus of the University of Delhi. The Ridge has ecological, cultural, historical and geographical importance which needs to be explored and understood. 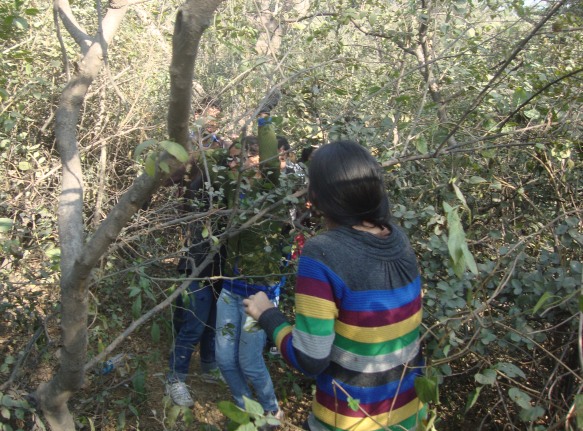 The CIC Expedition to the Ridge began at the Flagstaff tower opposite to the University Main Gate. The students braved the vegetation of the Ridge to explore the different parts and eco-heritage spots inside the Ridge. The first major stop was the Khooni Khan Jheel followed by the Sarpakaar Jheel. From here, a detour was made from the Civil Lines side of the Ridge to the third wetland inside the Ridge. This wetland, rich with bird diversity, made the way for the Mutiny Memorial.

Untired and still filled with energy, the next stop for the students became the Pir Ghaib observatory after brushing pass by the Stone Pillar inside the Ridge. Climbing the Pir Ghaib is an exciting experience, as is coming back down! But what excites the most is the freshness of the Ridge air and the sheer delight of the greens around.

The North Delhi Ridge has had a very interesting relationship with the University of Delhi. The Ridge gives the University its serene and calm character and there is much that is needed to be done to preserve and protect it. Until the next expedition to the Ridge…lets work to protect the greens immediately around us!